2021 Grammy Awards: all the Jewish nominees 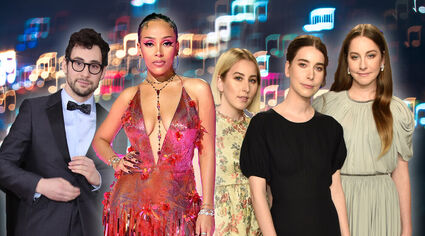 (JTA) - This year's Grammy Awards will almost certainly be different from past years, thanks to the coronavirus pandemic. But despite the lack of details surrounding the ceremony, it's still taking place, and as usual, several Jewish artists made the nominations list, which was announced Tuesday.

Ranging all the way from the sister rock band Haim to comedian Tiffany Haddish, these are the Jewish artists who made the biggest impact on the recording industry this year.

Leading the way are the Jewish Haim sisters - Alana, Danielle, and Este - who are nominated for album of the y...