The real story behind 'Mank,' the new movie about the Jewish screenwriter who brought us 'Citizen Kane' 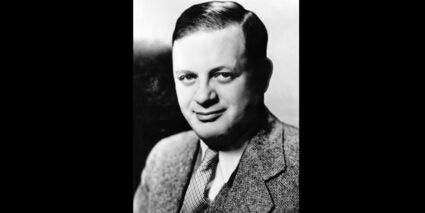 The real Herman Mankiewicz is pictured in 1943.

(JTA) - Acclaimed director David Fincher's highly anticipated film "Mank," on the Jewish screenwriter Herman Mankiewicz and the story behind his writing of the classic film "Citizen Kane," hits Netflix on Friday following a short theater-only run. It's already being considered a front-runner for several Oscar nominations.

Beyond "Citizen Kane," Mankiewicz worked behind the scenes on dozens of famous films from the silent era into the 1950s - among them "The Wizard of Oz" and the comedy "Dinner at Eight" - without often receiving credits. He was known in Hollywood's inner circles for his sha...