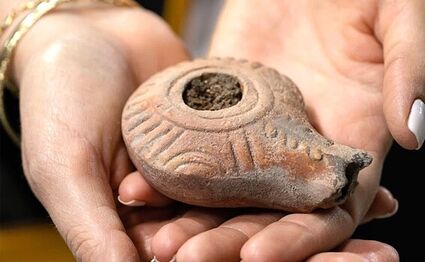 (Israel Hayom via JNS) - Israeli archaeologists have unearthed a candle-holder from the Hasmonean period in the City of David in Jerusalem.

The 2,000-year-old lantern, which has been preserved in its entirety, was discovered during excavations in the Old City of Jerusalem, led by the Israel Antiquities Authority and the Ir David Foundation.

Archaeologists were excavating the road that was used for pilgrimages in the days of the Second Temple about 2,000 years ago. The road is nearly 600 meters (2,000 feet) long and 8 meters (26 feet) wide. It connects the Siloam Pool in the south of the Cit...