Iranian foreign minister: ' Biden will be forced to rejoin the JCPOA' 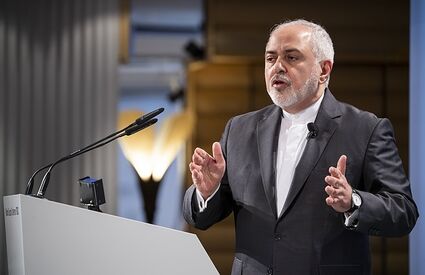 (MEMRI via JNS) - Iranian Foreign Minister Mohammad Javad Zarif said last week that by exiting the Joint Comprehensive Plan of Action in 2018, the United States gave up its rights but not its obligations.

In an interview with Iranian journalist Mehdi Nasiri that was uploaded to the Arman Media YouTube channel on Dec. 9, Zarif said, "America is still obligated to lift its sanctions, and to refrain from creating obstacles because it has remained a member of the United Nations since leaving the JCPOA."

"Of course," he added, "it had the option to leave [the United Nations], like it left UNESCO...