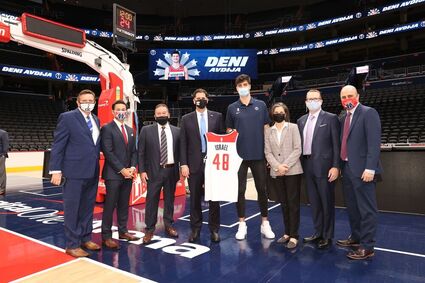 (JNS) - Israel's Deni Avdija recently moved from Israel to Washington, found an apartment, met with the media at a Washington Wizards press conference and ate his first meal at Chipotle Mexican Grill. "I really liked the idea of Chipotle. I like to eat healthy. And it was kind of healthy!"

Avdija, the 19-year-old Maccabi Tel Aviv phenom, was taken No. 9 overall by the Wizards in the recent NBA Draft. The 6-foot-9 inch, 225-pound forward is excited to play in the NBA and understands what it means to make it to the most elite league in the sport and to represent Israel. "I worked so hard...