Saudi dilemma on path to peace with Israel 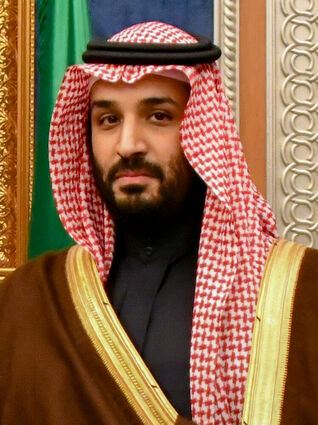 (Israel Hayom via JNS) - The peace deal with Morocco is the fourth accord between Israel and an Arab state to sideline the Palestinian issue. While the leaders of Abu Dhabi, Manama and Khartoum had all pledged their continued commitment to the Palestinians' statehood aspirations, at the end of the day, none of them opted to place Ramallah's interests ahead of their own.

As with the peace deals with the United Arab Emirates and Bahrain, here, too, the United States, which brokered the accords, hinted that Saudi Arabia could very well be the next Arab power to normalize ties with Israel.

The move may prove inevitable, but Riyadh's path to peace with the Jewish state is anything but smooth.

Saudi Arabia is the birthplace Islam, home to Mecca and Medina - the faith's most paramount holy sites. As such, it is more conservative than Morocco and its neighbors in the Arabian Peninsula.

One can argue that rapprochement with Israel and the West has been forced on the Saudis due to their need to diversify from their oil-based economy. In the past, the Saudis have fought Israel militarily and economically, and Riyadh perceives itself as the leader of the Arab world and the driving force behind the 2002 Arab Peace Initiative - at least ostensibly.

The 84-year-old monarch is adamant that the Israeli-Palestinian conflict must be resolved before Saudi Arabia normalizes ties with Israel.

Echoing the ruler's policy, former Saudi General Intelligence Directorate chief Prince Turki Al Faisal lambasted Israel at a recent conference in Bahrain, calling it a "Western colonizer" and saying that the Palestinian issue was "an open wound that you cannot treat with painkillers."

The Gulf power's relations with the United States also pose a hurdle en route to the coveted peace deal, even though the United States is making considerable efforts to push such a deal before President Donald Trump's term ends next month.

For more than five years, Saudi Arabia has been immersed in a war against the Iranian-backed Houthis in Yemen. The war has exacted a heavy price on the civilian population, incurring the wrath of the West. Still, diplomatically, the Trump administration has offered Saudi Arabia steadfast backing in the international areas with respect to the kingdom's archfoe in the Gulf - Iran.

So what could entice the Saudi crown prince to push for rapprochement with Israel? A special position on the Islamic Waqf Council that controls the Temple Mount could do the trick, although it is unclear how eager Riyadh is to become involved in the Jerusalem flashpoint that is the Al-Aqsa Mosque. There is also the issue of whether Israel would agree to "trade" such rights on the Temple Mount - something that is likely to spark controversy at home and abroad.

It stands to reason that the United States would choose other leverage, most likely in the form a rapprochement between Qatar and the Saudis.

On June 5, 2017, Saudi Arabia, the United Arab Emirates, Bahrain and Egypt severed diplomatic relations with Qatar, citing its ties with Iran - the world's chief state-sponsor of terrorism - as well as its attempts, through various channels, to undermine the regimes in the neighboring sheikdoms.

The move was soon joined by Jordan, the Maldives, Mauritania, Senegal, Djibouti, Comoros, Yemen and the Tobruk-based government in Libya.

Kuwait, which has taken the lead in the attempts to end the Gulf crisis, announced recently that it has made progress in talks between the parties following senior White House advisers Jared Kushner and Avi Berkowitz's latest visit to the region.

According to Arab media reports, Riyadh is slated to host a summit on the Gulf crisis next month.

With the clock ticking ahead of U.S. President-elect Joe Biden taking office, the coming weeks could prove critical with respect to reaching a compromise with Doha. The move would also boost the moderate forces in the Gulf vis-à-vis the emerging Iran-Turkey front.

Apprehension regarding the Biden administration is growing in the region. The president-elect has already stated that he believes the United States must serve as a beacon of liberal values for the whole world - even if it means putting its allies "in their place."

Even if a peace agreement is not officially announced, relations between Israel and Saudi Arabia are at their peak, especially given the Iranian threat and concerns over other radical Islamic elements in the region.

It is not unreasonable to assume that as things stand, the Saudi prince will prefer the silent alliance with Israel - the same one that in recent years has allowed him to promote his agenda on multiple levels - at least until he is officially crowned king.