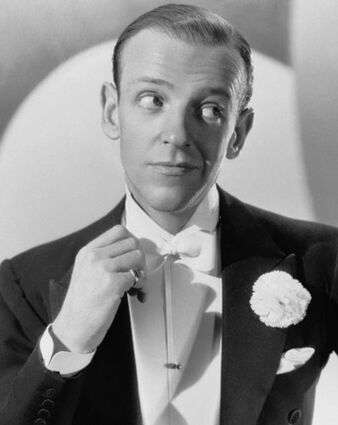 (I shouldn't complain. I get to wear a jacket and hide my tummy!)

Anyway, I must say, the more I research for this column, the more I find reasons to be proud! For instance, the songs of today do not compare with the great American songbook (that was written mostly by Jews.) As a vocalist, I stick to the beautiful songs, the ones written mostly in the '30s and '40s and mostly by Jews. This morning I watched a movie on television (what else is there to do during the pandemic?) titled "Swingtime" starring Ginger Rogers and Fred Astaire. The fabulous music for the film was written by Jerome Kern, a Jew.

In his lifetime Kern wrote more than 700 songs, most of them very beautiful and great hits belonging to the Great American Songbook. For instance, "A Fine Romance," "Smoke Gets in Your Eyes," "OL' Man River," and Oscar winner for best movie song 1936, "The Way You Look Tonight."

By the way, Fred Astaire, one of the greatest dancers of my lifetime (I started as a Broadway dancer) was converted from being Jewish as his father's family was. His birth last name was Austerlitz.

(What a talented people we are!)

A message from the Simon Wiesenthal Center ...

I just heard from Rabbi MARVIN HIER, dean and founder. He said,

"It is a difficulty time of rising COVID-19 infections and deaths, a contentious and drawn out election and rising anti-Semitism and violent unrest in cities across the country.

In 1977, when Simon Wiesenthal bestowed his name on our fledgling institution, I (Rabbi Hier) made a sacred vow to him and through him to the six million Jews murdered by the Nazis that I would dedicate myself to the historic task of ensuring that future generations learn the lessons from that great tragedy."

(Incidentally, a survey reported that almost two-thirds of young people don't know that six million Jews were murdered in the Holocaust, and almost half can't name a single concentration camp.)

As a little girl I was beaten up for being Jewish. I thought by now the world would have learned a lesson. It's not me that I worry about so much, it's my children and grandchildren.

I recently learned this about Sweden:

Thirty-five percent of social media posts in Sweden focusing on Jews feature anti-Semitic stereotypes or hostile statements about Jews, according to a study published by the Swedish Defense Research Agency.

Chairman of the Jewish Central Council in Stockholm, ARON VERSTANDIG, called for the findings of the study to be used "as a tool for the police and decision-makers to place high demands on operators of social media platforms. Social media operators have a responsibility to ensure these kinds of dangerous conspiracy theories do not spread on their platform.

"What begins through an Internet discussion can easily inspire others to commit acts of violence. Society must take this incredibly seriously," Verstandig added.

Nearly 20 percent of anti-Semitic posts accused Jews of destroying countries and societies. The post typically accused Jews of advocating for a range of contradictory and harmful political ideologies, including liberalism, communism, Bolshevism, and cultural Marxism. A little less than 20 percent of the studied posts demonized Jews as violent, vengeful, bloodthirsty or hateful.

Alyssa Littman - Mensch of the Month ...

I heard from NANCY LUDIN recently and this is what she wrote to me:

"When SHARON LITTMAN offered to stuff Chanukah bags for the Jewish Pavilion this year (2020) she warned in advance that it was a very significant undertaking. She began by shopping for beautiful Chanukah stickers to seal the bags and attractive Chanukah paraphernalia to enhance the Chanukah gift bags for seniors. Sharon drove to the Jewish Pavilion office and loaded up her SUV with Chanukah bags, dreidels, coloring pages, grape juice, snacks, cards and Chanukah décor and then had to make room for all of the "stuff" in her beautiful home. Soon, it became a family project with ALYSSA LITTMAN and Sharon's mother making personalized Chanukah cards for 350 seniors. Lining up 350 bags around the house and filling them with Chanukah goodies was a family affair that took more than fifteen hours!

Kudos to Alyssa Littman and her entire family for the multitude of hours they devoted to making Chanukah 2020 extra special for Central Florida Jewish Seniors.

After School Enrichment Program. This program offers safe, social fun and connection with friends. Contact ROBIN MERKEL at 407-621-4036 or reach her at RobinM@orlandojcc.org

(I'm hungry. What else is new? So here's one about food.)

Goldberg was the neighborhood smart aleck. When he saw the sign in the deli that said "We Serve Every Type Of Sandwich," he called the waiter over. "Is that sign true?" Goldberg asked. "Absolutely, positively! We serve every type of sandwich," the waiter replied proudly. 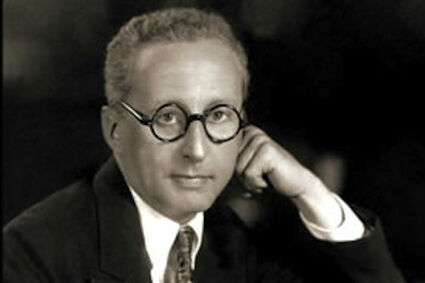 A slight pause and the waiter replied, "I'm sorry, Mr. Goldberg, but for just one sandwich, we can't start another elephant."