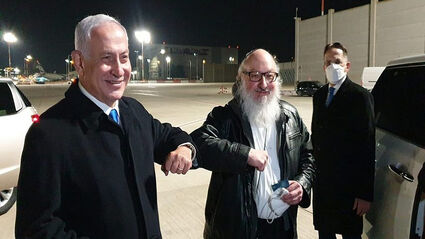 (Israel Hayom via JNS) - Jonathan Pollard landed in Israel early Wednesday morning, one month after his parole restrictions were lifted and five years after he was released from U.S. federal prison after serving 30 years for spying for Israel. He was accompanied on the flight by his wife Esther. Due to Esther's medical condition, the Pollards chose to fly by private plane directly from New Jersey's Newark Liberty International Airport to Tel Aviv.

As the pilots prepared to land, Pollard was called to enter the cockpit, where he was able to hear the Ben-Gurion International Airport control t...