In this original Holocaust film, a Jewish inmate makes up a language to survive 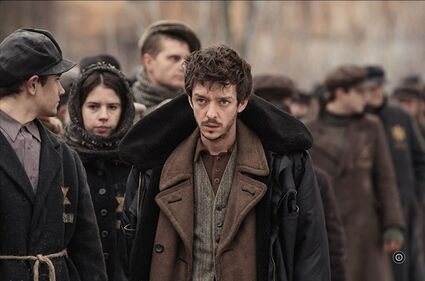 Nahuel Perez Biscayart portrays a Jewish inmate at a concentration camp during filming in Belarus of the film "Persian Lessons" in 2019.

(JTA) - For a movie about the Holocaust, the Belarussian film "Persian Lessons" has some comic potential. Set in a concentration camp somewhere in Western Europe, it involves a Jewish inmate who survives by giving Farsi lessons to a Nazi officer who dreams about opening a restaurant in Tehran.

One problem: The inmate doesn't speak Farsi. Instead he comes up with his own language and teaches it to his captor, trying not to raise suspicions.

If that sounds like a comedy of errors, it's no accident. "Persian Lessons" is based on a short story by the screenwriter Wolfgang Kohlhaase, who special...