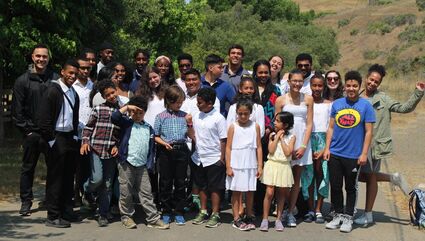 Campers at Camp Be-chol Lashon, a summer camp for young Jews of color.

Since the publication more than half a century ago of a landmark article that referenced the "vanishing American Jew," it's been hard to shake that idea as the dominant narrative of American Jewish life.

Yet the U.S. Jewish community is the largest in the world, with an estimated 7 million Jews - slightly more than Israel's 6.8 million.

And despite a low birthrate, American Jews actually are growing in number, primarily due to three factors: immigration, intermarriage and education.

Over the past three decades, Jewish immigrants have come in large numbers from the former Soviet Union, Latin...