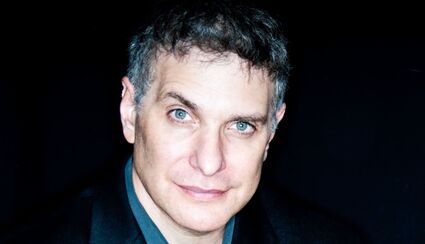 WASHINGTON (JTA) - Gene Scheer had a deadline looming. He was getting ready for the CD release of one of his Holocaust-related works, timed for International Holocaust Remembrance Day, one week away.

But on Jan. 20, Scheer, a Jewish librettist whose works include the operas "Therese Raquin" and "Moby-Dick" and an adaptation of the Christmas classic "It's A Wonderful Life," took time out to watch Joe Biden's inauguration as president.

The relief he felt as he watched Biden, who had been his preferred candidate, take the oath of office gave way to shock when the new president began quoting a favorite song - one of Scheer's own.

The American story Biden hoped for, the president said, "might sound something like a song that means a lot to me. It's called 'American Anthem' and there is one verse [that] stands out for me."

Bathed in the bright sunlight of a cold winter day two weeks after pro-Trump insurgents tried to overturn the election in a deadly raid in the Capitol building behind him, Biden recited: "The work and prayers of centuries Have brought us to this day. What shall be our legacy? What will our children say? ... Let me know in my heart when my days are through. America, America, I gave my best to you."

Scheer's phone immediately began "exploding" with calls and texts from friends who knew he had written those words.

"I had no advance warning or advance notice that this was going to happen," Scheer said. "It was quite a moment for me."

Scheer wrote the song in 1998, and Denyce Graves, an opera singer who has championed his work, performed it for the first time at a Smithsonian event attended by then-President Bill Clinton. In 2007, Norah Jones recorded a version - perhaps the most popular - for Ken Burns' World War II documentary "The War."

Most recently, Graves sang it at the U.S. Capitol in September during the memorial service for Ruth Bader Ginsburg, the liberal Jewish Supreme Court justice. Graves was one of Ginsburg's favorite opera singers.

Scheer said Graves told him that Biden and his wife, Jill, approached her afterward and told her that they loved the song.

The song, Scheer said, was not written for any particular moment; it arose out of an intensely personal experience.

When he wrote it, he was helping his parents, retired teachers, downsize from a house to a condo.

"They had a library with a few thousand books in it," he recalled. "And one of the books on the shelf was a book called 'Miracle in Philadelphia,' which is a young-adult book about the Constitution. And the reason it was on the shelf was my dad was an eighth-grade social studies teacher, and some of the books that he taught wound up on the shelf. I just read it through quickly."

Its lessons stuck. He thought about it on his drive back from Massachusetts to New York City, where he lives. (He spoke to JTA from a second home in Connecticut, where he and his wife are sitting out the pandemic.)

"I sat down at the piano and I wrote the song," he said. "It really was a personal expression for me about what America meant, and it's clearly about the wrestling match between personal freedom and collective responsibility, which is the core argument or struggle that's at the center of our country's story."

Scheer, 62, was trained at the Eastman School of Music in New York. "My plan had been to be an operatic baritone but I wasn't quite good enough," he said. He wrote songs in his youth, but now mostly writes librettos, lyrics for operatic works.

"American Anthem" was one of the rare instances in more recent years that he wrote the music as well and did not write on assignment, but purely out of inspiration. "I do have some songs," he said, "and I'm happy this is one of them."

Was the deeply personal experience he had over 20 years ago appropriate to this moment? He thought so.

"It has been a very, very challenging and difficult four years with Trump," he said. "The song certainly identifies the struggle with what is our personal responsibility."

Scheer cited the coronavirus pandemic and Biden's effort to get Americans to work collectively to stem the plague by wearing masks and keeping socially distant.

"That's a primary example of what we're facing right now," he said. "The song which calls upon yourself to rally and to understand that we're all part of this dance together, this struggle together."

Scheer has written a number of works with composer Jake Heggie on Holocaust-related themes, a number of them commissioned by Music of Remembrance, a Seattle-based group that commemorates the Holocaust through both new works and performances of pieces written by survivors.

"Intonations," a song cycle for mezzo-soprano and violins drawn from stories of Jews who played violins in the concentration camps, is set to debut on CD on Wednesday, International Holocaust Remembrance Day.

Scheer has said he aspires to write "a few good songs as good as Leonard Cohen," another Jewish musician whose work played a central role during Biden's inauguration events. Asked if "American Anthem" is, like so many of Cohen's songs, infused with a Jewish sensibility, he paused and considered.

"It is an expression of my feeling as an American," he said - but he added that there is a Jewish essence, too.

"I think that that is there," he said. "I think it was sort of a mirror of an aspect of what Judaism means to me."

Scheer's joy at hearing the new president recite his words was tinged with sadness: His father died just three months ago, and his mother two and a half years ago.

"I wish they had been here to see this," he said. "They were both progressive people who I know that they would have been very thrilled to hear the song, and also thrilled to see Biden elected."