Senate confirms Tony Blinken as US secretary of state 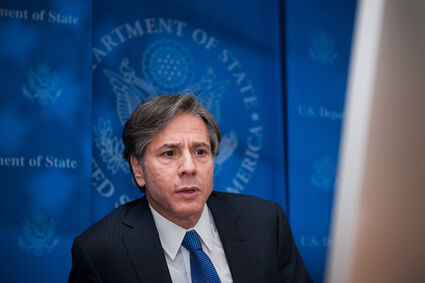 Antony Blinken in 2015 at the U.S. State Department.

Blinken, who is Jewish, will succeed Mike Pompeo as America's top diplomat.

Blinken previously served as U.S. deputy secretary of state under U.S. President Barack Obama and was a top adviser to Joe Biden during the latter's 2020 presidential campaign.

During his nomination hearing last week in front of the Senate Foreign Relations Committee, Blinken said that the United States is "a long way" from re-entering the 2015 Iran nuclear deal and that Biden would consult with...