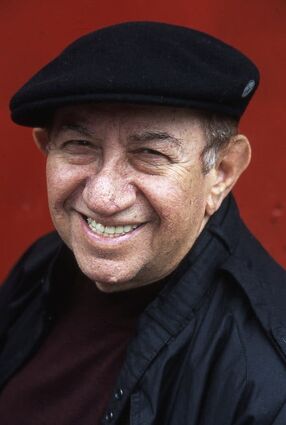 Jan. 27 was "Holocaust Remembrance Day." That brings to mind the late former Congressman from California, Tom Lantos, who passed some years ago from cancer. For those of you who aren't familiar with him, I will try to fill you in:

Tamas (Thomas) Peter Lantos was born in Bupapest, Hungary, to a Jewish family that was very educated with teachers, professors, etc.

Of course, during World War II, they were sent to concentration camps. When Tom was 16 years old he was beaten by Nazis and doing hard labor in a forced labor camp. Thank goodness he survived and grew up in the United States, where he eventually became Congressman Tom Lantos of California. He served as chair of the House Foreign Affairs Committee on his last term. When he died, Nancy Pelosi stated that he "devoted his public life to shining a bright light on the dark corners of oppression."

In 2008, after his death, the Congressional Human Rights Caucus, which he founded in 1983, was renamed the Tom Lantos Human Rights Commission.

Another Jew that I am proud of (and loved dearly) was author Daniel Keyes who wrote many wonderful novels, the most famous being "Flowers For Algernon" which was required reading in many NYC high schools.

Daniel, who died in 2014, was my first cousin, Danny Korzenstein, whose mother was my mother's sister.

As fine a writer that he was, he also had a great singing voice. Of course, he never pursued that as a career but I remember his favorite song being "Dearly Beloved" written by Jerome Kern (also Jewish). (Whenever I sing it, I think of my dear relative.)

Also, actor Cliff Robertson won an Oscar for his role in the movie "Charly" which was based on "Flowers For Algernon."

I read this in a recent issue of World Jewish Congress and pass it along to you:

Before the Nazis invaded the Soviet Union in June 1941, Kiev had been home to some 160,000 Jews, 100,000 fled before the Nazis invaded Kiev in September 1941. In a horrific mass murder on September 29-30, 1941, at the Babyn Yar ravine northwest of the city, the Nazis killed 33,771 of the Jews who remained. The massacre was one of the largest of the Holocaust. In subsequent months, the German killing machine brought the total killed at Babyn Yar to some 100,000, murdering thousands of additional Jews, as well as Roma and Soviet civilians, prisoners of war and government officials.

The WJC president emphasized the role of the memorial and museum in expanding Holocaust education. "Babyn Yar was one of the single biggest slaughters of the Holocaust, and yet the tragic history of the murderous horrors that the Nazis committed here is almost unknown to young people today. (How heartbreaking.) Hopefully, this memorial and museum will change that. This site demonstrates the most vile and murderous form that anti-Semitism and racism can take when allowed to go unchecked. The world must...and will...learn from Babyn Yar, as it must learn from the Holocaust as a whole, that we must stop all manifestations of anti-Semitism and bigotry as soon as these hatreds appear."

"Let there be no doubt. The record levels of anti-Semitism we witnessed in 2019 were compounded by the hatred of 2020. And the threats that we faced in 2020 are at this moment as visceral and dangerous as ever. We must be clear-eyed about this alarming status quo and what it will take if we are going to change it. And as our communities continue to struggle in the face of COVID-19, the pandemic itself continues to give rise to shocking new incarnations of anti-Semitic threats and conspiracy myths."

From this past Jan. 22 until Feb. 20, the show "A Grand Night For Singing" will be performed at the Winter Park Playhouse. For further information, phone 407-645-0145 or email

(This show can be enjoyed live or virtually!)

"Purim is early this year. It is rare that we celebrate Purim in February but that is the case this year.

We have many outdoor Purim celebrations planned for the week of Feb. 26. Festivities include a Purim Cantata, costumes, beads, masks, blessings, music and goody bags for all residents.

Special thanks to SHARON LITTMAN and her family, who agreed to again take charge of the goody bags and some of their contents. Included in the bags are the Purim story individually wrapped and sealed, hamantashen, grape juice, coloring pages from JOANNE FINK of Zenspirations, groggers, masks and snacks."

I believe all the following are at the Blue Bamboo.

Feb. 13, 8 p.m.; Rossano Sportiello on piano; Nicki Parrott on bass and vocals & Eddie Metz on drums. As a trio, Rossano, Nicki and Eddie have played together since 2008 when they appeared together at the Arbors Jazz Party in Clearwater, Fla. You will be amazed at their individual and collective technique and imaginative improvisation, playing songs with familiar melodies, ear catching harmony, ultra-sensitive dynamics and entertaining showmanship. Please, sit back, relax and enjoy the show!

Feb. 19, 8 p.m., Ryan Devlin Quartet: Ryan Devlin is an ambitious young musician from Central Florida. A second-generation professional saxophonist, Devlin has won awards and competitions, and was recently invited by Grammy-winning drummer and producer Ulysses Owens to perform together in Orlando. That performance went so well that Owens will join Devlin for this time around, along with acclaimed pianist Per Danielsson and bass phenom Thomas Milovac. The quartet will be playing tunes from Devlin's first record (recorded in December 2020) along with jazz standards.

Feb. 20, 8 p.m.: Ella & The Bossa Beat: Ella & The Bossa Beat are back to perform live at Blue Bamboo, with a special intimate show as a trio, featuring Ella Borges on Vocals and Piano, Magrus Borges on Drums and Marco Bojorquez on Bass. They will be performing some Brazilian Jazz standards along with original music from their latest CD "My Remedy" and upcoming EP.

By CAROL FEUERMAN, director of Development:

"Women Together! What does that even mean? For Federation, we used to be called Women's Division, but I never thought that did us justice. We are more than just a "division," we are a collective power of women that together will accomplish wonderful things for our community. How will we do this? By volunteering, participating in, and financially supporting the Federation's mission. We want YOU to be part of this excitement! Join us in March as we explore "Soul Care" programs to feed our minds and body. Join us as we plan "Brave CHOICES" for May, celebrating the brave women who have helped us get through the Covid-19 pandemic.

The song "I Am Woman" (Hear Me Roar) was written in 1972, and Wow! Well, we have certainly come a long way since then, but we aren't done roaring!

Just last weekend I had the privilege of being part of the International Lion of Judah Conference. Where do I even begin to explain how empowering and inspiring this virtual event was! Along with over 4,000 women from around the globe we listened to amazing women speakers including the Honorable Ruth Bader Ginsberg's granddaughter Clara, COO of Facebook Sheryl Sandberg, and Congresswoman Kathy Manning from North Carolina. These women are all Lions and all huge supporters of women's empowerment.

How can we begin to do this in our own community? How can we rise TOGETHER? We can start by teaching our daughters and granddaughters how to respond to words. Let's work together change our language: We are not bossy, we are strong; we are not pushy, we are determined; we don't talk too much, we are good communicators; we are not indecisive, we are mindful; we are not too sensitive, we are self-aware. Be part of this movement, we are here for you! 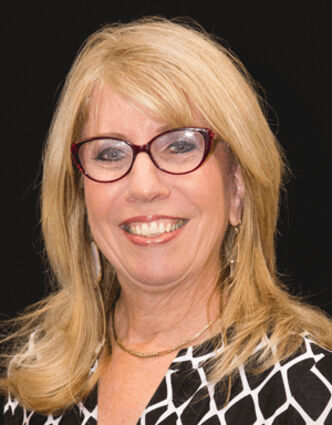 We are Women Together; involved, inspired, inclusive!"

The phone rang at the Law offices of Goldstein, Goldstein and Goldstein: "Hello, may I please speak with Mister Goldstein?"

"Mr. Goldstein is in court."

Well then, can I speak to Mr. Goldstein?"

(Actually, I found this funnier.) On the phone to my editor CHRIS DESOUZA the other day, I said, meaning my face, "I'm all wrinkled!" Chris responded: "So iron your clothes!"

(Chris is smarter, younger, prettier than me... and now, funnier!)