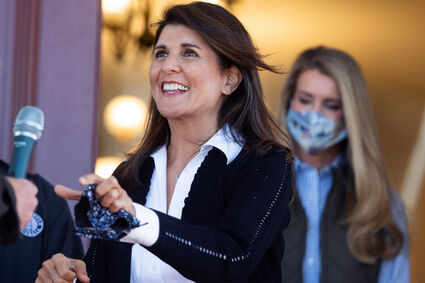 WASHINGTON (JTA) - Nikki Haley has finally and decisively broken with Donald Trump in a move that puts her at the front of the potential Republican presidential pack for moderate conservatives, including pro-Israel Jews who mainly stuck with the party over the past four years because of Trump's foreign policy.

After serving as his U.N. ambassador and not taking a stand for months on what his lies about election fraud would mean for his legacy, Haley made the final cut on Friday in a Politico interview. Trump's inflammatory post-election rhetoric, which Democrats argue culminated in the dead...