In Amsterdam, the personal card of every Holocaust victim returns to Jewish hands 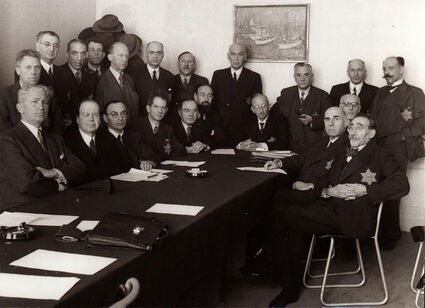 The Jewish Council of Amsterdam was a body set up by the Nazis to have Jews oversee preparations for the extermination of their own minority throughout the Netherlands during World War II.

AMSTERDAM (JTA) - Sonja Levy was a positive person who made an excellent first impression and whose important position exempted her from deportation, according to the personal card that the Jewish Council of Amsterdam made for her during the Nazi occupation.

But the accolades on the card weren't enough to save Levy, a kindergarten teacher who was in her early 20s when the Germans invaded.

Like more than 100,000 Dutch Jews, she was eventually put on a train to the death camps in occupied Poland and murdered there in a gas chamber.

On Monday, ownership of her personal card – it turned out t...