Are Jews an ethnic minority? 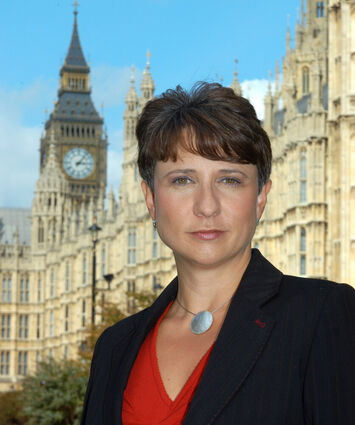 BBC journalist Jo Coburn, seen standing outside Parliament in London, suggested during the debate that Jews have succeeded in reaching high political office and therefore "don't need to be seen as a group needing recognition in the same way as others."

(JTA) - The BBC has been accused of bias in its coverage of Israel for decades. Now the public broadcaster is taking flak from British Jews for coverage much closer to home.

It's the broadcast of a debate over whether Jews should be considered an ethnic minority - a panel discussion featuring four non-Jewish panelists and a Jewish commenter as a guest.

Monday's discussion touched raw nerves in the organized community, where many Jews feel marginalized by allegedly hostile media treatment and the rise of anti-Semitism both from the far right a...