The Jewish muscleman who likely inspired the creators of Superman 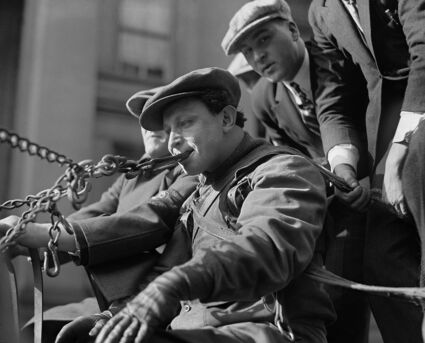 Siegmund Breitbart, who could pull heavy weights with his teeth, was considered one of the strongest men in the world.

(JTA) - With "Superman and Lois," the newest TV series involving the character, premiering last week on the CW network, it's a good time to recall that Superman was the 1938 brainchild of Jewish creators Jerry Siegel and Joe Shuster. Many have suggested that the pair were inspired by their own Jewish backgrounds to create Superman as the paradigm of a hero who defended vulnerable populations from their enemies.

But there is reason to suspect that a more specific encounter may have inspired them to craft the Superman persona.