This Montana rabbi cites Jewish law in the State Legislature 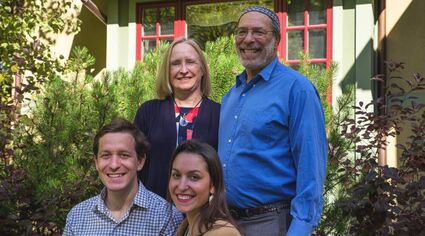 Rabbi Ed Stafman poses with his family in an undated campaign photo in Bozeman, Mont., in 2020.

(JTA) - When Ed Stafman was designing the signs he hoped his supporters would plant on their lawns, he debated between two: "Elect Rabbi Ed" or "Elect Ed Stafman."

He settled on the version with his last name. After all, he said, "Everyone knows me as Rabbi Ed."

Until the election in November, "everyone" meant the people in and around Bozeman, Montana, the thriving college town where Stafman led Congregation Beth Shalom for a decade and remains active in interfaith and social justice initiatives.

But starting last month, "everyone" has grown to include his new colleagues in the Montana Stat...