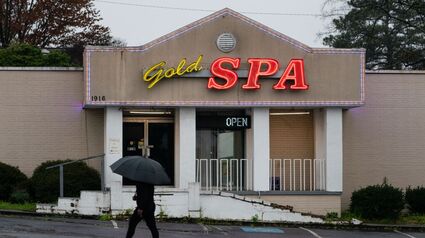 A man walks past a massage parlor where three women were shot and killed in Atlanta, March 17, 2021.

(JTA) - Jewish groups are rallying in support of Asian Americans following a string of murders Tuesday at massage parlors in Atlanta that left eight people dead, including six Asians.

Police in Georgia say the 21-year-old suspect may have been motivated by hatred of women and not anti-Asian bigotry. But in the wake of reports of rising levels of anti-Asian harassment and violence amid the coronavirus pandemic, the attack is likely to exacerbate the community's fear regardless of the alleged gunman's motives.

"It's clearly going to have an effect on the psyche of the Asian-American community...