International March of the Living to hold virtual 2021 march 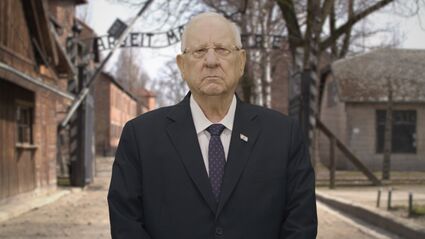 President Rivlin standing in front of the virtual Auschwitz gates.

Among the Holocaust survivors participating are those who survived due to the selfless acts of medical professionals. Participants in the Virtual March from across the globe were filmed using innovative 3D technology so they appear to be marching along the traditional March of the Living route at Auschwitz–Birkenau.