Netanyahu wins but may not be able to form a coalition 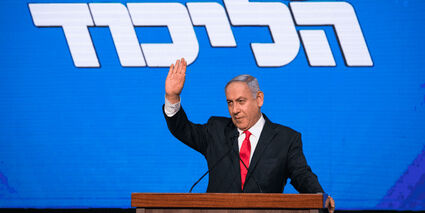 Prime Minister Benjamin Netanyahu addresses his supporters on the night of the Israeli elections, at the party headquarters in Jerusalem, March 24, 2021.

The fourth attempt in two years to unseat embattled Israeli Prime Minister Benjamin Netanyahu appears to have failed once again, with Netanyahu securing his largest-ever electoral victory over his rivals. Exit polls show Netanyahu's Likud receiving a strong 30 to 31 mandates. The tally is at least 12 seats higher than the next largest party: the left-wing Yesh Atid led by Yair Lapid.

While official vote totals will only be completed in the coming days-with the potential to alter Knesset distributions by several seats-it's clear that Netanyahu has emerged as the only viable candidate for pri...