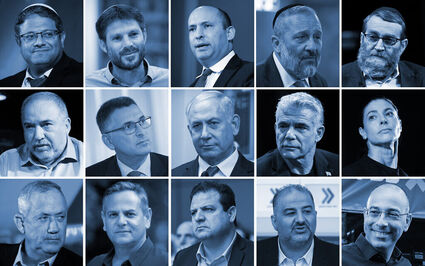 (JNS) - Israeli Prime Minister Benjamin Netanyahu and his opponents have no clear path toward a Knesset majority, Israeli election results show, indicating that the country's political gridlock will continue.

The results of Tuesday's election confirm that Netanyahu's Likud Party won the most seats, 30, his bloc of right-wing, and religious supporters only have 52 seats, while the parties opposed to the Israeli leader had 57 between them.

While the right-wing Yamina Party (seven seats) and the Islamist Ra'am Party (four seats) have not committed to either side, it remains highly unlikely, de...