How CUFI has awakened the 'sleeping giant' of Christian Zionism 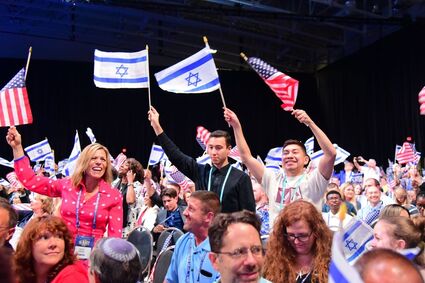 Supporters of CUFI at the 2019 "Night to Honor Israel" at Pastor John Hagee's Cornerstone Church in San Antonio, Texas.

(JNS) - As the World Council of Churches goes full throttle against Israel, Christians United for Israel, one of the most powerful voices for Israel in the United States, marked its 15th anniversary.

"We could never have imagined CUFI would achieve so much, so quickly. But God has blessed us because we are fulfilling our biblical mandate to stand with Israel and His Chosen people," Pastor John Hagee, founder and chairman of CUFI, told JNS. "This said, I noted when we launched CUFI that there was a sleeping giant of Christian Zionism in this country. That giant has now been awakened. When mi...