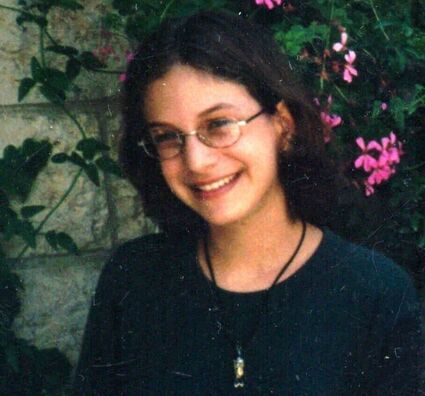 Israeli-American Malka Chana (Malki) Roth, who was killed at the age of 15 in the Sbarro restaurant suicide bombing in August 2001.

(JNS) - Frimet and Arnold Roth, whose 15-year-old daughter Malki, a U.S. national, was murdered in August 2001 in the Sbarro pizzeria bombing in Jerusalem, published a new video this week calling on the Biden administration to pressure the Kingdom of Jordan to extradite Ahlam Ahmad Tamimi, the Hamas terrorist who orchestrated the bombing, so that she can stand trial in a U.S. federal court.

The release of the video came out four years to the date since the United States announced terrorism charges against Tamimi for carrying out the attack through the use of a "weapon of mass destruction"...