'Donny's Bar Mitzvah' wants to be the raunchiest Jewish movie ever 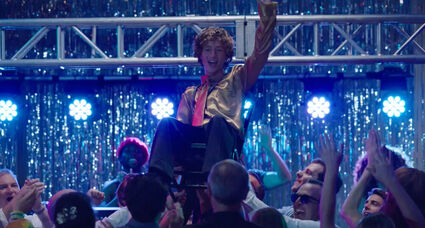 (JTA) - There's never been a great, definitive American movie about a bar mitzvah.

And after "Donny's Bar Mitzvah," a new movie that arrived this week on Amazon Prime and iTunes, there still hasn't been.

The film, directed by Jonathan Kaufman (referred to in the media notes as "Jonny Comebacks"), is an indie comedy set entirely during the bar mitzvah party of Donny Drucker (played by Steele Stebbins), a boy from a highly dysfunctional family, in 1998 Michigan. It's something of a festival of raunch - of a sexual as well as a bodily fluid nature - full of gags and running jokes that fail muc...