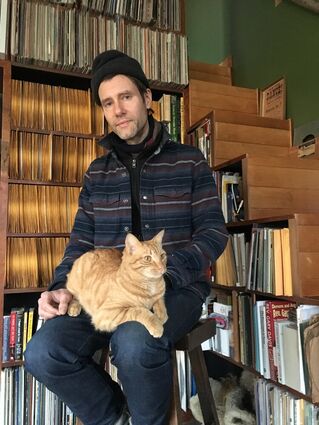 Nathan Salsburg in a barn on his property, which also functions as his office.

Shelley is not Jewish, but she and Salsburg - who has a complicated relationship with his Jewishness dating back to childhood - began observing Shabbat in the last year.

"We don't turn everything off," Salsburg jokes. "But we light the Shabbat candles and say HaMotzi and drink wine. We'd like to keep it going. But I don't really have any Jewish community to speak of."

That is, until he looks on his record shelves.