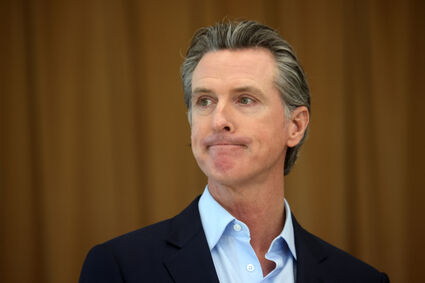 California Gov. Gavin Newsom is seen at a news conference, March 16, 2021. One Jewish lawmaker called the first-term Democrat a "trusted friend, ally and partner" of the community.

(J. the Jewish News of Northern California via JTA) - Calling California Gov. Gavin Newsom a "friend and ally" to the Jewish community, members of the California Legislative Jewish Caucus spoke out in a unified show of support for the governor on Tuesday as he faced an increasingly likely recall vote.

With just under 1.5 million valid signatures needed to trigger a recall vote, the petition against Newsom had nearly 1.2 million authorized signatures as of March 19, according to the secretary of state's office. Recall proponents said they had turned in more than 2.1 million and were waiting...