Who is Joel Greenberg? Meet the Jewish Florida politician at the center of the Matt Gaetz scandal 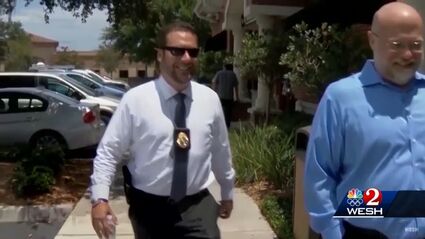 (JTA) — Matt Gaetz, the Florida congressman known for his firebomb rhetoric, is in big trouble — in part because of the alleged foibles of a Jewish buddy, Joel Greenberg, who has earned criticism previously from his local Jewish community.

The U.S. Justice Department reportedly is investigating Gaetz’s alleged sexual relationship with a girl who was 17 years old when the affair took place about two years ago.

The investigation, anonymous officials told The New York Times, stemmed from a federal probe of Greenberg, a friend and political ally of Gaetz. Among an array of charges, Greenb...