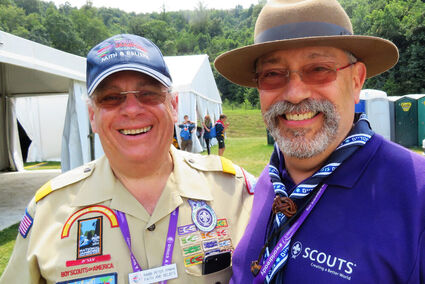 (Crescent City Jewish News via JNS) - Rabbi Peter Hyman was announced as the recipient of the Bronze Wolf Award, the highest Scouting award in the world and the only one given by the World Scout Committee, on March 30. It acknowledges the significant work of an individual to the World Scout Movement.

Hyman became the 377th individual to have received this award since it was first established in 1935. The founder of the Scouting movement, Lord Robert Smyth Baden-Powell, was the initial recipient.

Hyman is the first rabbi to have been honored and one of a handful of Jewish recipients worldwid...