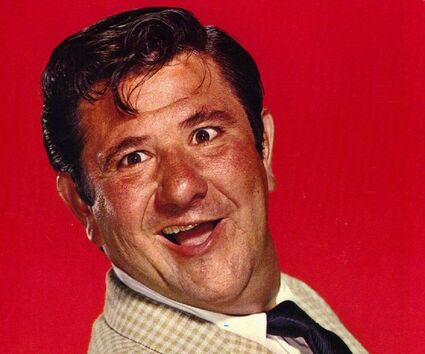 To name but a few, Leonard Hacker was one. (You may have known him as Buddy Hackett. Brooklyn born (like me), he died in 2003.

Also, Milton Berle, Sid Caeser, Carl Reiner and Phil Silvers (to name a few more) ... all from either Manhattan, Brooklyn or the Bronx. (of course!)

(What talent! What great comedy minds! Will there ever be more like them?)

I read this in a recent issue of the World Jewish Congress digest and pass it along:

"As a virtual gathering of Jewish leaders of WJC, more than 100 representative global communities, Facebook COO SHERYL SANDBERG discussed the company's achievements and challenges in reducing the presence of hate speech, including anti-Semitism and Holocaust denial, on its platforms.

In speaking to the WJC's Governing Board, she lauded the cooperation with and support of the WJC as a valuable partner in shaping relevant policies and monitoring information on the platform.

'Our partnership with the WJC has been a strong partnership. We've worked really closely together on proactive counter speech campaigns like #WeRemember. We've had hard conversations about anti-Semitism and hate speech, and we're grateful for the openness and support you've given us as we tackled these difficult issues.

One of the best examples was the decision we made recently to ban Holocaust denial and Holocaust distortion as hate speech.

It was the right decision because of the rise in anti-Semitism and the percentage of young people who don't believe the Holocaust happened ... which we were aghast to learn. We want to contribute to the education that's necessary to stop this kind of hate in the first place.

The question is how do we define it and how do we find it?'

She explained that artificial intelligence is allowing Facebook to more quickly identify Holocaust denial, leading to its removal.

WJC President Ambassador RONALD S. LAUDER told the group that Facebook has taken very positive action in dealing with Holocaust denial and hate speech. "The major fight we have today,' he said, 'is fighting anti-Semitism,' and 'we can have a major impact on it.' He remarked that the COVID-19 pandemic has served as an excuse for people to advance anti-Semitic conspiracy myths."

(I suffered anti-Semitism as a little child. Enough already!)

It seems that Winter Park Playhouse is scheduling this season's shows just for me! The musical "Respect, A Musical Journey of Women" recently ended and now, food is the subject!

"Five Course Love," set in five different restaurants, opens May 14 (with previews on May13-14). From a barbecue joint to an Italian tratoria, the music reflects the style of food!

(I love food! No calories, of course!)

My favorite show of the year ...

I look forward to seeing the "Dazzling Divas" perform (even though the men dressed as women are all better-looking than me!

This is a super-special event. It is the birthday celebration of Mr. KENNY LEE, a great talent and a sweetheart of a friend of mine.

In fact, all the entertainers are superb. BJ STEPHENS, CRYSTAL VIASSE, RAMONA, GERALDINE JONES and, of course, Mr. Kenny Lee!

(I will be repeating this for sure!)

This is surely worth repeating, so I will!

On Thursday, May 20 at 7 p.m. the "J" will present "BIG NIGHT IN." It is a virtual event. It takes place from the comfort of your own home and you can even wear PJs if you want to.

"Honor Brave Women," Power, Strength, Bravery ... is the name of the program on Thursday, May 6 at 8 p.m. It is a virtual celebration. 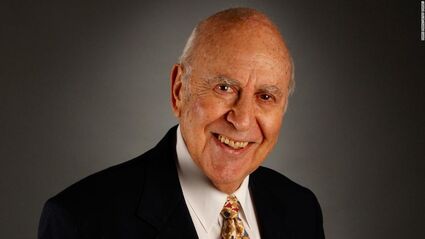 (I'm a brave woman! Wow! This year, it seems all of the shows are for me!)

First, let me say that LAURENCE MORRELL, a great guy and solid member of our community (see the two-part "Jews in the Land of Disney" featuring Laurence in last week's and this week's Heritage), told me a funny joke ... but being in my 40s (oh shut up!) I forgot it. (Again. Getting old is NOT for sissies!)

Anyway... here is another joke:

"Listen to me, Mr. Levy," the doctor said. "If you ever expect to cure your insomnia, you have to stop taking your trouble to bed with you."

"I know, but I can't, the patient replied. "My wife refuses to sleep alone!"