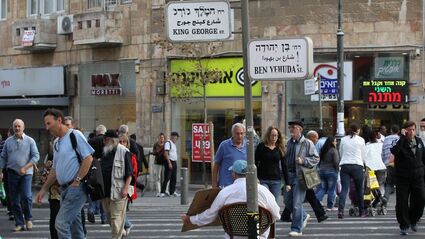 (Israel21C via JNS) - Jerusalem is a city of history. Much of that history can be found in the ancient structures of the Old City.

However, there's an aspect of Jerusalem's history that is much more subtly integrated into its geography: its street names.

Many roads throughout the capital city are named after important figures in local and Jewish history. While there are obvious ones, such as Herzl Street and Balfour Street, many names on street signs pay tribute to lesser-known personalities.

ISRAEL21c brings to you 10 streets in Jerusalem named after influential individuals of the past.