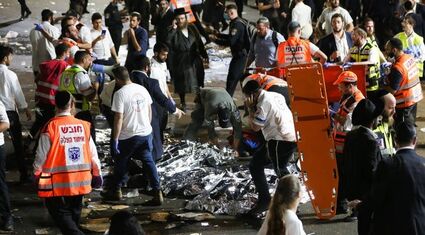 The stampede appears to be the worst civil disaster in Israel's history, with a de...