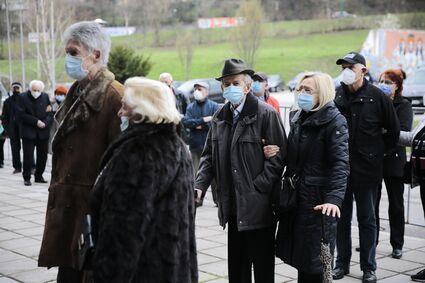 People over 75 years old line up to receive a dose of a COVID-19 vaccine at a sports hall in Sarajevo, Bosnia-Herzegovina, April 21, 2021.

(Jewish Journal-Massachusetts via JTA) - It's been nearly a decade since Phillip Weiner last lived in Sarajevo, where he served as an international war crimes judge.

But Weiner has remained in touch with the Bosnian Jews he met there, and when he heard about their plight during the COVID-19 pandemic, he knew he had to do something.

Serving in The Hague court at the Yugoslavia war crimes tribunal, Weiner prosecuted those responsible for the atrocities committed during the Bosnian War from 1992 through 1995. He lived off and on in Sarajevo, now the capital of Bosnia-Herzegovina, for more tha...