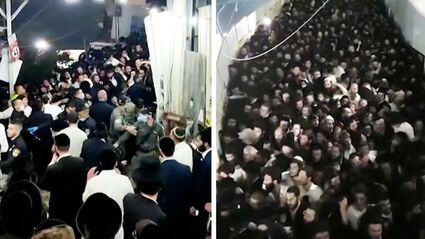 Thousands of haredi Orthodox Jews crowded into a narrow passage that led to 45 deaths.

The stampede appears to be the worst civil disaster in Israel's history, with a de...