'Star Warts: The Umpire Strikes Back' 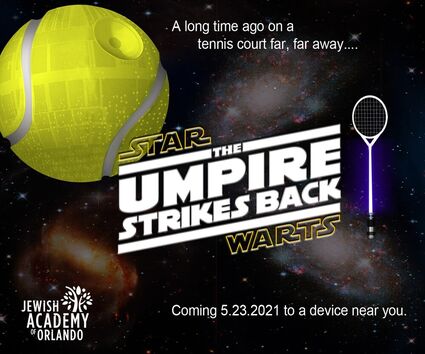 The Jewish Academy of Orlando is thrilled to present the U.S. premiere of the new musical "Star Warts: The Umpire Strikes Back." This will be presented as a feature film and will be released Sunday, May 23.

"This production is so unique and unlike anything an elementary school has ever produced, even pre-pandemic," said Eric Levine who is the film's producer and director. "Trust me, everyone is going to be blown away by this."

The production was filmed entirely on campus using a new 30-foot-wide green screen, one of the largest in central Florida. This allowed cast members to rehearse...