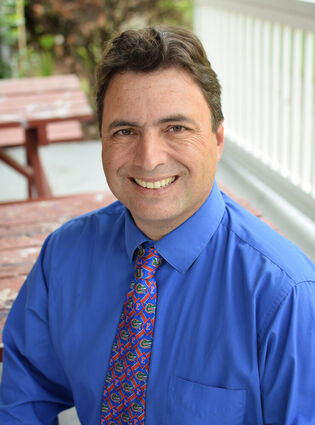 Our own wonderful KEITH DVORCHIK, head of our Federation and Roth Family JCC, posted the following on computer:

"Being Jewish is so much more than individuality. It is a communal identity. Jews around the world connect and bond because we truly are a family. As we prepare for Shabbat this week, let's remember our global family members who lost their lives, who lost their loved ones. Let's say kaddish for those who have not yet been identified and whose immediate family cannot do it for them. Let's appreciate what being Jewish really means and the global family we are a part of."

Sadly, he was referring to the recent Lag Ba'Omer ceremony that took place in the northern part of Israel on Mount Meron, "a tragedy occurred," he informed us, "45 people were killed and over 150 were injured as people celebrating the holiday, slipped, fell, and were trampled as they tried to find a way out."

(How horrific! How awful! Maybe it will be a little easier to bear if you read his last statement first as he actually wrote it.)

A little easier to read about ...

I just had the pleasure of watching the movie "Top Hat" starring Fred Astaire and Ginger Rogers on TV. (What else is there to do during this pandemic?) They were both such talented dancers, and this movie featured songs written by Israel Beilin (oops, you must have known him as Irving Berlin!)

Irving was born in Siberia, the son of a cantor. He and his family arrived at Ellis Island in New York City in 1813. They were escaping pogroms. Irving was only 5 years old at the time.

The movie featured "Let's Face the music and dance," "Cheek to Cheek," and others.

Actually, Irving Berlin wrote more than 1000 songs, many of them (more than 25) became No.1 hits on the song charts including "There's No Business Like Show Business," "White Christmas," "God Bless America," "Easter Parade," "Alexander's Ragtime Band," and on and on.

And, I never knew this, but Fred Astaire's father, whose family name was Austerlitz, was Jewish.

(What a fabulous, talented people we are!)

(It was one of the most outstanding places I've ever been to and that is saying a lot!)

I read this in a recent World Jewish Congress digest and pass it along:

"During a private virtual meeting, WJC and Vatican officials expressed a strong commitment to strengthening ties between Jewish and Catholic communities globally. The forum featuring a conversation between Cardinal KURT KOCH, President of the Pontifical Commission for Religious Relations with Jews, and CLAUDIO EPELMAN, WJC's Commissioner for Interfaith Dialogue and Executive Director of the Latin American Jewish Congress.

Speaking on the warming of relations between Jews and Catholics, and the spirit of positivity resulting from the onset of dialogue between the two faiths 45 years ago, Cardinal Koch offered, "It is my impression that in these years, many old prejudices and enmities have been overcome, reconciliation and cooperation have been developed, and personal friendship has been deepened. It is with profound gratitude that we recall all those who have been and continue to be committed to this important dialogue and have aspired to strengthening mutual trust and respect."

He continued, "With our shared patrimony, we have a common responsibility to work together for the good of humankind, refuting antisemitism and anti-Catholic and anti-Christian attitudes, as well as all kinds of discrimination, to work for justice and solidarity, reconciliation and peace."

Epelman shared that this past year "has shown us the true power of human fraternity, and that we have more in common with one another than meets the eye. We have learned that there is nothing that can stop us when we work together to confront our shared challenges head on."

There are only a few K3 and K4 spots still open for the Early Childhood Learning Center.

The experience offers much summer fun, including crafts, exploration, music, science and much more.

(After such a miserable pandemic, we should be able to smile and laugh once again.) 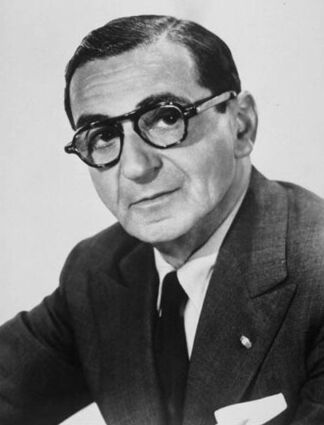 A young man brought his pants to a tailor to have them altered. The next day, he was called to London on a last-minute job assignment.

He returned home five years later. While dressing, he reached into his jacket pocket and found the tailor's receipt for his pants.

He went to the tailor's shop, handed him the receipt, and asked, "Are my pants here?"

"Yes," said the tailor. "They'll be ready next Tuesday."