This Hungarian coffee cake is even better than babka 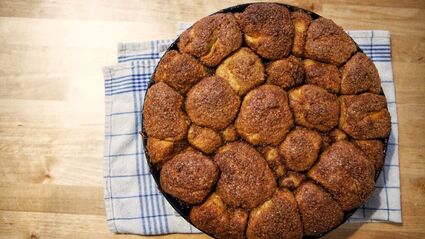 One morning, my wife suggested I look into making a different kind of bread. Not necessarily to replace my weekly challah habit, but just to try something new. I asked what she had in mind and she mentioned monkey bread. I'd never heard of it.

So I Googled and turns out that monkey bread is actually a yeasted cake. Its origins are rooted in the immigrant Hungarian Jewish community that came to the United States. I immediately thought of my father's grandparents, Jews who immigrated from the former Austro-Hungarian Empire. I texted my father and sure enough he remembered his grandmother, B...