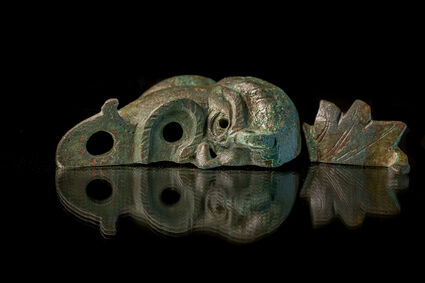 A rare bronze oil lamp, shaped like a grotesque face cut in half, was discovered during excavations in Jerusalem's City of David National Park, May 5, 2021.

(JNS) - The Roman-era oil lamp recently unearthed in Jerusalem may be the missing half of a similar artifact found in Budapest nine years ago, the City of David Foundation announced on Sunday.

"Nine years ago, in an excavation we conducted at Aquincum (modern-day Budapest), we found a remarkably rare object. At the bottom of the buildin...