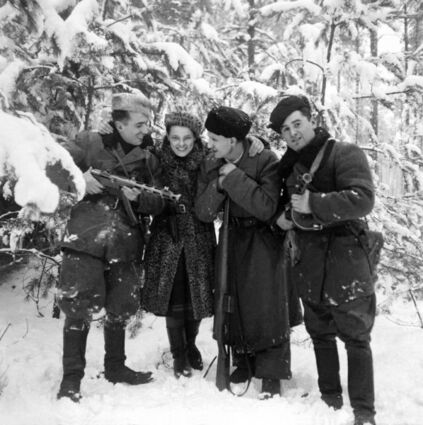 (JTA) — Faye Schulman, a Holocaust survivor who lost most of her family to the Nazis but joined a group of partisan fighters and documented their work in photographs, died April 24, The Washington Post reported Saturday. She was 101 years old.

Schulman’s photographs often depicted the smiling faces of young partisan fighters, with Schulman at times at the center in a stylish leopard print coat. Michael Berkowitz, a professor of Jewish history at University College London, told the Post that her photos were “extremely important in documenting the history of the resistance.”