Jews and Christians show their support for Israel 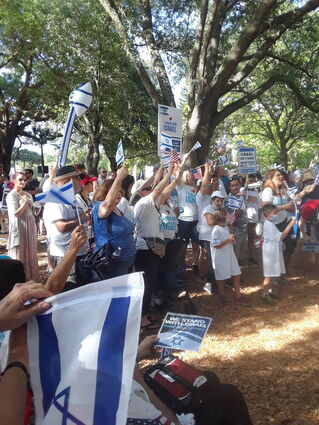 It was a rally of solidarity and unity between Christians and Jews who gathered at Lake Eola Park on Sunday afternoon to show support for Israel. Organizers of the Stand with Israel Rally, Idit Lotringer, director of the Israeli-American Council Orlando and Laurie Cardoza-Moore, president of Proclaiming Justice to the Nations, were thrilled with such short notice about the turnout of more than 200 people who peacefully and enthusiastically showed their support for Israel after a crushing 11 days of war with Hamas and now in a ceasefire agreement. Security was provided by approximately 50 Or...