Amid a surge in hate crimes, prominent European Jews worry the war against antisemitism has been lost 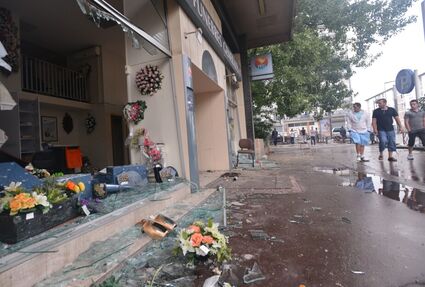 In the Paris suburb of Sarcelles, pro-Palestinian rioters broke shop windows and set fires on July 20, 2014.

AMSTERDAM (JTA) - In Germany, a man wearing a kippah was beaten on the street. In Austria, a student was harassed on the train for reading a book mentioning Jews in the title.

In London, a nurse said she was threatened at her hospital for wearing a Star of David necklace. And in Belgium, an Orthodox Jewish woman was told "Get away, dirty Jewess" by a man with whom she tried to share a park bench.

The full dimensions of Europe's current surge in antisemitic activity are not yet clear, but by some measures, including those by the British Jewish community, the extent is unprecedented. Meanwh...