It's the end of the Netanyahu era 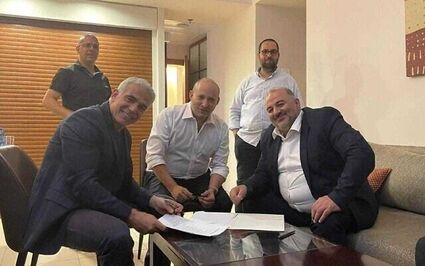 (JTA) - Benjamin Netanyahu will no longer be Israel's prime minister, as his political opponents announced Wednesday night that they have formed a coalition that will replace him, pending a vote in Israel's parliament.

The new coalition, dubbed the "change bloc," is an ideologically broad alliance that spans the Israeli political right, center and left. For the first time in Israeli history, it will include an Arab-Israeli party, not as an external supporter of the government, but as a full member of the coalition. It comprises 61 lawmakers, the smallest possible majority in Israel's 120-se...