Naftali Bennett sworn in as head of 36th Israeli government 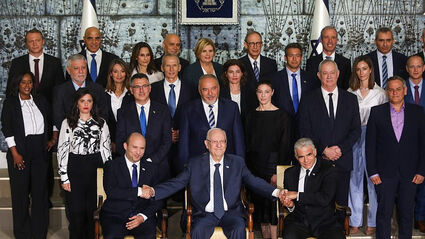 Bennett has replaced now-former Prime Minister Benjamin Netanyahu, who held the position for the past 12 years and who served another three years prior to that, from 1996 to 1999, making him the longest-serving premier in Israel's history. With the transfer of power, Netanyahu became the head of the opposition, replacing Yesh Atid chairman Yair Lapid, who, according to a rotation agreement with Ben...