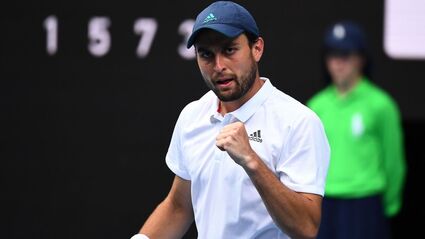 Maybe not: At the Australian Open in February, Karatsev had an amazing run, reaching the semifinals before losing to the eventual champion, Novak Djokovic. That was his first Grand Slam tournament in singles or doubles.

Karatsev and Vesnina now have their sights set on playing mixed doubles at the Tokyo Olympics starting next month.

Karatsev, 27, was born in the North Caucasus region of Russia. His...