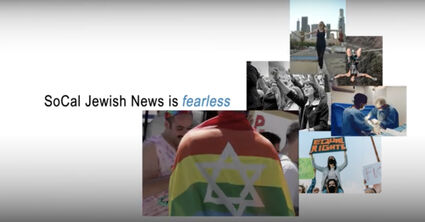 A still from the promotional video for SoCal Jewish News, a Los Angeles-based Jewish publication run by former staff of the Jewish Journal that is aiming to launch.

(JTA) - A team of journalists once employed by the flagship Jewish newspaper in Los Angeles is trying to create an alternative news source for America's second-largest Jewish community.

SoCal Jewish News announced itself last month with a GoFundMe campaign and a July 19 target launch date. Without mentioning the 35-year-old Jewish Journal of Greater Los Angeles, the new website emphasizes that it will be different from the Jewish news currently on offer in the city.

SoCal Jewish News is "committed to covering the entire community," the site says.