Bubblegum and magic tape: How PM Bennett's kippah stays on, and why it matters 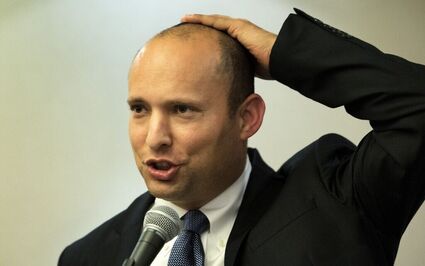 Naftali Bennett, in 2014, gives a speech holding his kippah to his head.

JTA - Israel's new prime minister is probably the first one who has stuck a wad of chewing gum to his head right before a public event.

Naftali Bennett, who took office last week, is the first prime minister in the country's history to regularly wear a kippah, the Jewish ritual head covering (sometimes called a yarmulke or skullcap). Unlike his secular predecessors, he identifies as a religious Zionist and practices Modern Orthodox Judaism, which requires men to cover their heads.

He's also bald. That makes it a challenge to keep the small crocheted disc on top of his head. The traditional...