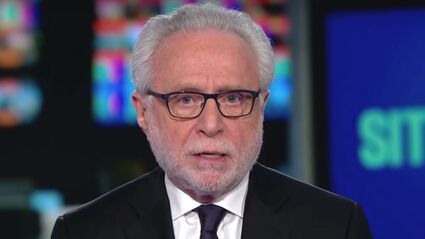 I used to wonder why, but now I know. What kind of a world is this coming too? I am worried, not so much for myself but for my children and grandchildren. I probably watch too much news each day and night but I can't help it, especially with these fabulous journalists ...

WOLF BLITZER, an American journalist, is one of my favorites. He was born in Augsburg, Germany, and hosts his show on CNN television.

CHUCK TODD, born in Miami, Florida, is moderator of "Meet The Press." another of my very favorite television programs. He can be seen and heard on MSNBC.

Another favorite of mine and also on MSNBC, is ARI MELBER, born in Seattle, Washington. He is also an attorney. By the way, they are all Jewish.

By the way, I forgot to mention in one of my columns that June 14th (also my birthday) was the birthday of the United States Army (June 14, 1775). And it was also Flag Day!

My eldest son, DAVID, was in the Army for almost 13 years. In 2003, he switched over to the Navy and is still active. He is now a commander. He was raised in Winter Park, Florida, since he was a toddler when we moved down from Brooklyn, New York ... so he is a bonifide Floridian. (I can't claim that because I still have my Brooklyn accent!)

"A newly released report commissioned by the Austrian Parliament highlighted several concerns about the state of anti-Semitism in that country, including a strong correlation between high levels of trust of information on social media and antisemitism. The study, which aimed to 'scientifically observe antisemitism in Austria on a sustainable basis and also to place it in a context of current developments,' was conducted by the Institute for Empirical Social Research.

Although only a minority of those surveyed stated that they trusted information on social media, those who did had a heightened risk of believing antisemitic statements compared to those who trusted traditional media. About 25 percent of those surveyed who said they trusted information on TikTok, and almost 2 percent of those who said they trusted Facebook and YouTube, agreed with the statement: 'The reports on concentration Camps and the persecution of Jews during World War II are exaggerated.' Of those who rely on traditional media, only 4 percent agree with that statement.

Reacting to the study's findings, Austrian National Council President WOLFGANG SOBOTKA said that antisemitism is 'not a marginal phenomenon' but today even comes 'from the middle of society.'

The report also found that older respondents are more likely to believe anti-Semitic statements and that individuals with higher education levels are significantly less likely to approve of the statements.

In late January, the Austrian government presented a national strategy plan to combat the rise of antisemitism, calling for improved security at synagogues, enhanced education about Judaism, and stricter prosecution of hate crimes against Jews."

(The last paragraph of this story gave me a little comfort, thank goodness!)

RAISE is a work and social skills training program that provides paid employment at our partnering Jewish agencies. RAISE employees work with a volunteer job coach to gain skills necessary to transition to community employment.

If you know a young adult who may benefit from RAISE or you are interested in volunteering as a Job Coach, head to jfgo.org/raise.

Some fun news (I needed that!)

There will be summer fun at the JCC pool. Spend the evening swimming, dancing to the music of a DJ and fun on the lawn.

These summer pool parties are a great way to spend your Saturday night with your family.

Registration is required. Food will be available for purchase.

(I'll see you all there once I loose weight and can fit into my swimsuit!)

On July 30 through Aug. 22, "Crazy For Gershwin" will be performed. (I am crazy for Gershwin!!! But you knew that already!)

This high-energy song and tap dance celebration will put a smile on your face and a song in your heart. 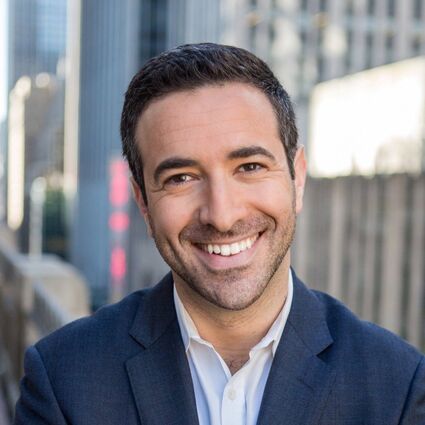 NEIL JOSEPHBERG sent me this joke:

"Yankel goes to a local dry cleaner to have his tallis cleaned. The man behind the counter, Christopher, tells him to come pick it up in two weeks.

Two weeks later, Yankel comes back and the dry cleaner tells him, "That will be $75 dollars."

"That's a lot of money and it took you two weeks to do it!" Yankel replies angrily.

Christopher looks at him and says "Do you have any idea how long it took me to get all the knots out?"

(Oy Vay!!) Thanks, Neil, for sending the joke. I need a lot of laughter these days.