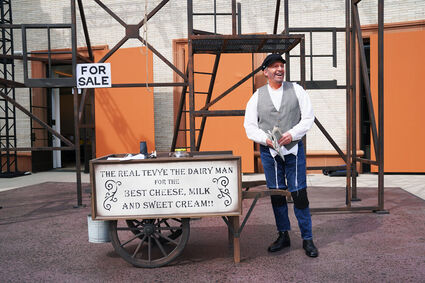 LOS ANGELES (JTA) — The last time we saw Tevye the Milkman on Broadway in “Fiddler on the Roof” was in 2016, escaping Anatevka as a pogrom swept the shtetl.

Now, almost five years later, he is resurfacing in a one-man play titled “Tevye in New York,” opening in its world premiere — in Beverly Hills, of all places.

It’s the latest radical reimagining of the beloved Sholem Aleichem character, who also saw his “Fiddler” story performed onstage in Yiddish for the first time in Joel Grey’s recent off-Broadway production and was the focus of a 2019 documentary. But this time t...