By Asaf Shalev and Ben Sales 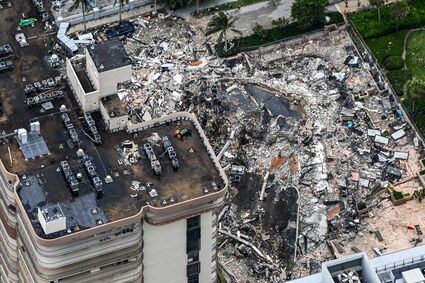 Search and rescue personnel working on site after the partial collapse of the Champlain Towers South in Surfside, Florida on June 24, 2021.

(JTA) - As the United States woke up to news of the building collapse in Surfside, Florida, it quickly became clear that the disaster is an American Jewish tragedy.

The 12-story building in the heavily Orthodox enclave near Miami Beach collapsed just before 2 a.m. Thursday, as families slept in its 55 apartments just blocks from the beach. As of Thursday evening, almost 100 people are believed missing, and even as rescue efforts continue, officials fear that many of them are dead.

At least one death has been confirmed. First responders pulled 35 people from the rubble and treated 10 peopl...