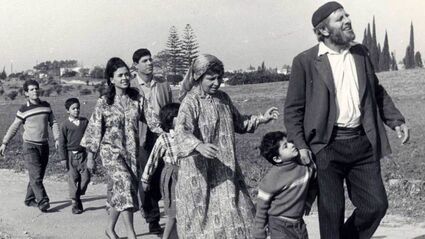 Chaim Topol (r) as Sallah Shabati, leads his family to the Promised Land.

Jewish History in Film is a new series exploring how our culture and history is represented in films from all over the globe. Israeli cinema is such an overlooked contribution to the film world, birthing such great movie makers as Ephraim Kishon, Ari Folman, Amos Gitai, Dror Shaul, and many more. This series will focus on Israeli cinema and introduce our readers to films they may not have heard of in the past.

"Sallah Shabati," released in 1964 and directed by Ephraim Kishon, was not only the first Israeli film to have achieved international success, but also introduced the world to Chaim T...